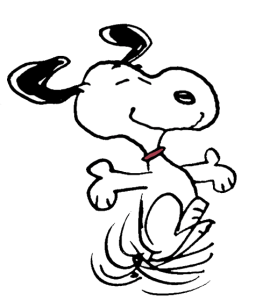 It’s kinda funny that when we hear this scripture quoted many times  we talk about worship but we seem to ignore the verse that tells us to “praise him with the timbrel and dance”. Anybody who has danced either for fun or professionally is well aware of how physically demanding dancing can be, but doing it for the Lord are you crazy?

The church I was attending when I received and obeyed the salvation message was probably what most people would call radical in its worship. People would react in all kinds away to the worship, some would jump, run, clap, raise their hands and God forbid some would dance. Many times as the music would speed up I would feel a sensation come over me and find my feet start to move and I would do what any normal Christian would do, I grabbed hold of the pew in front of me until the music would stop, after all, I was not going to make a fool out of myself before hundreds of people.

But on one occasion a group came from the Indiana Bible college to lead us in worship and I said to myself that I would finally let go of that pew if they would play a certain song. Well you know what? yes they began to play that song (and no, I don’t remember what song it was). As soon as I took that step out into the aisle the Spirit of the living God fell on me, I found myself going from one end of the front of the church to the other dancing backwards, and never ran into another person, Praise God!

Many times after this event I found myself out dancing as hard as I could before the Lord, not caring who thought it was foolish or how much it was going to cost to have my suit dry cleaned. But sadly  over the years I found myself attending other churches that even though it was not openly spoken against you could feel it was not exactly encouraged either. Privately I occasionally gave into that feeling of being free to do whatever I wanted and danced before the Lord, but I confess I no longer want to dance privately. It must be the same feeling that King David had when the Israelites were bringing the Ark into the city. The bible tells us he took off his kingly robes and jumped and danced before the ark not caring what anyone else, even his wife thought of it. The word of God declares that we have been made free and that we are to praise Him in the dance. Don’t let others cause you to lose out before God, we are free indeed! So lets kick off our shoes and rejoice before our King, King Jesus!