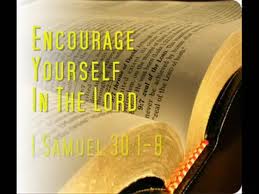 This past Sunday I had prepared a message about “The person you see in the mirror”, but God had other plans. As we were being led in worship I felt a certain heaviness in which was causing me to rethink what I had prepared. Our song leader felt the same thing as he veered from the song list that was determined earlier and mentioned that he was feeling in the Spirit that people were struggling in the congregation. God led me to a section from the bible in 1 Samuel 30:1-6, “And it came to pass, when David and his men were come to Ziklag on the third day, that the Amalekites had invaded the south, and Ziklag, and smitten Ziklag, and burned it with fire; And had taken the women captives, that were therein: they slew not any, either great or small, but carried them away, and went on their way. So David and his men came to the city, and, behold, it was burned with fire; and their wives, and their sons, and their daughters, were taken captives. Then David and the people that were with him lifted up their voice and wept, until they had no more power to weep. And David’s two wives were taken captives, Ahinoam the Jezreelitess, and Abigail the wife of Nabal the Carmelite. And David was greatly distressed; for the people spake of stoning him, because the soul of all the people was grieved, every man for his sons and for his daughters: but David encouraged himself in the LORD his God.”

Problems, disappointments, sickness, death unfortunately are part of life in this fallen world and it is easy to get discouraged. Yes even us Christians have bad days, if you don’t think so read the book of Job, or better yet study the lives and deaths of the Apostles. It’s sometimes very hard to explain or comfort someone who is going through awful times and we need to take a page from David’s book here. It was bad enough that when David and his followers were away that The Amalekites came and wrecked havoc with there families and possessions but then David heard that the very men that fought along with him were thinking of stoning him. David did the best thing that anyone one of us should follow, “He encouraged himself in the Lord”.

It’s a  great thing to have friends and family who are there to support you, to say kind words when things are going haywire in your life, but what do you do when you are all by yourself? I pray that you have enough of God in you that you realize that all you can do is turn to Jesus Christ and seek strength and reassurance from Him.

The world is going crazy and it does not seem to be interested in what God says in His word or what God’s people are declaring to them. It may be if the Lord tarries that us believers will be receiving condemnation for what we stand for, but rest assured, Romans 8:1, “There is therefore now no condemnation to them which are in Christ Jesus, who walk not after the flesh, but after the Spirit.” The only opinion that really  matters is JESUS, so when things get you down, do what David did, encourage yourself in the LORD!

By the way if you continue to read in 1 Samuel 30, David in his men not only went and got there possessions and families back but also a great spoil from the enemy!