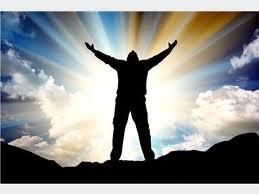 Proverbs 22:6, “Train up a child in the way he should go: and when he is old, he will not depart from it.” I recently read the book by Ken Ham called “Already Gone” and am in the process of reading, “Ready to Return”. I was surprised when reading these that how many of our youth are abandoning the faith, according to the Barna Group 61% of young adults who were regular church attendees are now spiritually disengaged, and the thing that was most surprising is that those who attended Sunday school were more likely to doubt the bible, support abortion, premarital sex, gay marriage, believe God used evolution to change one animal kind to another.

What that tells us is that we have not been teaching them how to prepare themselves for the onslaught of evolutionary thought and humanism which they are being bombarded with at school, from the media, and also from their peers. Atheism is one of the fastest growing beliefs in the UK as well as here as we have seen an increase of 10% over the past thirty years. Two popular atheist Richard Dawkins and Neil degrasse Tyson make no excuses for their attempt to wipe out christianity in our world. Mr Dawkins has been quoted as saying that teaching children to accept their families religious beliefs is child abuse. Psalms 14:1 says, “The fool hath said in his heart, There is no God. They are corrupt, they have done abominable works, there is none that doeth good.”

Thanks to Answers in Genesis, Ken Ham, Kent Hovind, Henry Morris, and many others that hold to the Creation event as found in Genesis 1-11 we have some magnificent evidence that the word of God is 100% accurate according to astronomy, anatomy, biology, geology, and the many other sciences. I won’t belabor you with these here as you can easily research it online and from the many books that have been written by these ministries.

So I want to share what the greatest evidence is, 1 Corinthians 6:9-10 says this about us,”Know ye not that the unrighteous shall not inherit the kingdom of God? Be not deceived: neither fornicators, nor idolaters, nor adulterers, nor effeminate, nor abusers of themselves with mankind, Nor thieves, nor covetous, nor drunkards, nor revilers, nor extortioners, shall inherit the kingdom of God.” The bible makes it clear that we are all sinners and men most miserable but verse 11 tells us, “And such were some of you: but ye are washed, but ye are sanctified, but ye are justified in the name of the Lord Jesus, and by the Spirit of our God.” We are the greatest evidence, when Jesus Christ can take a life that was being destroyed by the choices we have made and change it completely to someone who those who knew you before wouldnt;t even recognize, that is more evidence than one should ever need! He has made something beautiful out of me and you, let us give Him all the glory! Amen!